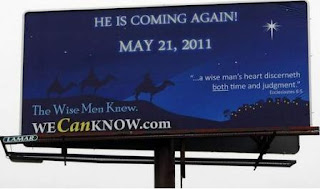 Behind the scenes of Tribulation-Now, there are email discussions that occur.  Some of them are organized and constructive and others just ramble on and eventually fizzle out.  One of several of Tribulation-Now’s thought leaders (not the writer of the attached editorial but another one) has recently joined a group led by Pastor Wilhelmsen.  He is the author of “Beyond Science Fiction”.  They are assembling a group of super-smart specialists and meeting regularly to construct a “game plan” to present to the world specialized information on the UFO alien-demon threat.  I think this is fabulous.  But the hardest part of making something like that work is ORGANIZATION.

The challenge is that often times we Christians just dont’ know how to be organized.  We need to run our “groups” like “Businesses”.  We need to define our “deliverables” in advance and determine our “Success Criteria” so we understand precisely what our “output” will be from the effort.  Our work needs to be PROJECT MANAGED!!

PEOPLE’S ETERNITIES ARE AT STAKE!!

The “thought leaders” behind Tribulation-Now are planning on organizing just such a group.  We haven’t figured it out yet but we will NOT proceed unless it is designed like a business.  It must have “deliverables” and it must PRODUCE FRUIT or we will pull the plug.  If we are successful (in the Name of the King, Yeshua / Jesus Christ!) then we pray it will help edify and encourage people and help others to further understand the threat and the “means to escape the consequences”.

But again, I digress.

Evidently there is a group at the web site http://www.wecanknow.com/ that is suggesting that Judgement Day is May 21, 2011.  In some ways I wish they were right because I WANT to go be with the King REALLY BAD!!  And these people MEAN BUSINESS.  I have a lot of respect for their courage to come out and just grab a loudspeaker and take charge.

On the other hand, if they are wrong (which they likely are), then how does that reflect on the credibility of the rest of Christianity (what’s left of it)?  And how important is that going to be down the road when things get really WEIRD?

This is the original press release that captured the attention of some of the Tribulation-Now “thought leaders”.
http://www.tennessean.com/article/20101201/NEWS06/12010350/-1/testpage/Nashville+billboards+claim+Jesus+will+return+May+21++2011

A “Behind the Scenes” Editorial Commentary by a Tribulation-Now Contributor

interpretation of the timings of events in Scripture. Predicting the timing
of the “rapture”, as mentioned in the article (below), is based upon false
assumptions derived from the “time compression” of Noah’s day and the timing
of the Flood.

“According to Camping’s prediction, the Rapture will happen exactly 7,000
years from the date that God first warned people about the flood. He said
the flood happened in 4990 B.C., on what would have been May 21 in the
modern calendar. God gave Noah one week of warning.

Since one day equals 1,000 years for God, that means there was a 7,000-year
interval between the flood and rapture.”

The Flood was a worldwide global cataclysm – NOT a regional one! After the
Flood, there have been many regional floods, sometimes even continental,
even hemispheric, in scope, but never since the Flood has there been another
global flood.

In arriving at the year of the Flood at 4990 BC, many artifacts of human
history go that far back and beyond, but without any major break in
continuity. Had the Flood indeed occurred at 4990 BC, there should be a
huge breakage of continuity of human development and artifacts left over
after the Flood.

The Flood was like hitting the “Reset” button on Mankind, and there should
be a major disruption of continuity of Mankind’s development, in contrasting
pre-Flood to post-Flood.

As far as I know (maybe I’m wrong), there is no major worldwide global
disruption at the 4990 BC time, nor anywhere near it, before or after.

As far as the “rapture” goes, I read a prophecy that it was supposed to have
already happened in late October / early November of this year. Obviously,
it did not happen! Now, someone else is predicting May 21, 2011 …

Also, the “rapture” itself is open to dispute. In my past, I have read up
on pre-Trib, mid-Trib, pre-wrath, post-Trib, and no-Trib rapture theories –
and they were all convincing! Until (and I know this is subjective unto me)
the Holy Spirit showed me in the mid-90’s that the rapture will be pre-wrath
(just prior to God pouring out His wrath upon the world), for those who have
made it (endureth) that far towards “the end”.

No one knows the day nor hour, not even the angels, not even Jesus – and NOT
even Lucifer and his minions – and BOY, do they want to pinpoint that day
and hour down tight! So they can mount effective counter-measures and
counter-attacks against the Son as He returns with the Saints for the War of
the Worlds!

Buckle up and hang onto your Berean hats! because it’s going to be a
pourin’ like no other in history!

For all we know, maybe May 21, 2011 will be when the false christ will
reveal himself as the “savior returned” …

May 21 is the first day within the zodiac sign of Gemini – the “twin”.

“Gemini is considered a “masculine”, positive (extrovert) sign. Perhaps the
most dominant Geminian characteristic is versatility. It is also considered
an air sign, and is one of four mutable signs.[4]”

And in clicking on “mutable signs”, the following :

“Lilly goes on to say that mutable signs are inherently “unstable, and of no
resolution, and mutable, perverted, wavering […] inconstant.”[3] This is a
rather dramatic overstatement, but Lilly is trying to create the most
striking comparisons he can between the three classes of sign.”

Lucifer/Satan are the two personas of the same person/being. “Lucifer” is
as he was before he rebelled, while “Satan” is as he became after his
rebellion.

But as the adversary of Mankind, he can also “curse” whomever he so desires
(but only with God’s permission if the person so targeted is living “in
faith” and under the umbrella of God’s protection, as evidenced with Job).

But once this mystery of the dual-persona of Lucifer/Satan is revealed, and
how this dual-nature has reverberated and impacted throughout time, space,
and history, then the blinders fall from our eyes of understanding into
almost all things.

Not only does “date setting” of the rapture do a disservice to Christianity,
not only in setting its date, but in the rapture belief itself, but also in
pinpointing the exact year and day of the Flood (and of the creation of Adam
and Eve, and even of the 1st Day of Creation!).

This shows to the world what intellectual imbeciles most Christians are, and
if they have this wrong, then what else do they have wrong? the entire
Bible?

How much more believable is it then, to throw the entire Bible out the door
as nothing but unprovable make-believe myths and superstitious symbols of a
bygone era, and instead believe in provable “science”? in “aliens”? in
“ascended masters” that all want to save Mankind? instead of “pass
judgment” (as “God” supposedly does – always waiting with great anticipation
to strike someone down with a lightning bolt for the slightest grievance!).
Date-setting Christians, whether knowingly or not, are playing right into
the Great Delusion!

Prince William’s birthday is June 21, born in 1982. He is first day into
Cancer, in which Cancers are usually highly competitive. However, during
the 9th month of being in the womb, he had the “finishing touches” of Gemini
(May 21 – June 20) as his “birthing foundation”!

In adding up the numbers of his birthdate :

The “twin” is Prince William’s predominant personality structure – the “dual
nature” of Lucifer/Satan!

And as the lineage of Prince William from both his father and mother puts
him into the category of the “Holy Blood Holy Grail”, he may indeed be the
rightful heir to the throne of Israel.

Many “Israelites” over time left the middle east for other destinations, one
of them being Western Europe.

For all we know, Prince William may be of “Israelite” lineage, and
consequently, of the “seed of Abraham” (for the “Jews” and “Moslems” to
accept as their messiah).

Now, he only need “prove” that he is a descendant of “Jesus” (for the
apostatized Christians) … and can perform signs and wonders and miracles
as Jesus did … and have been “taught in all the wisdom of the Egyptians”
as was Moses … 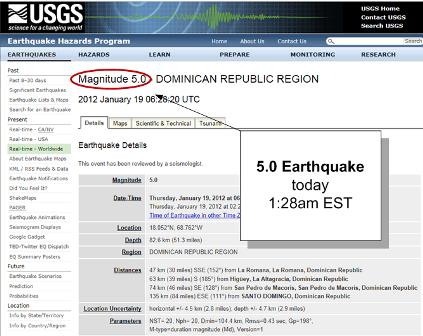 0 393
Running from the Kingdom 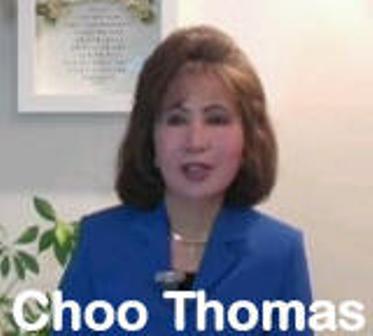 15 thoughts on “Can You Be Too Excited?”