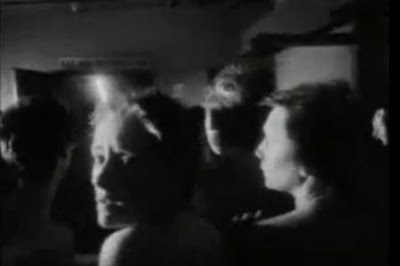 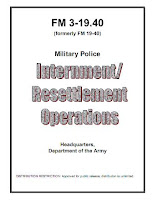 “CIVILIAN INTERNEE 1-7. A CI is a person who is interned during armed conflict or occupation if he is considered a security risk or if he needs protection because he committed an offense against the detaining power. A CI is protected according to the Geneva Convention Relative to the Protection of Civilian Persons in Time of War (GC), 12 August 1949.”

ANALYSIS: According to this Military Field Operations Manual, a citizen of the United States (or otherwise, e.g. visitor etc.) who has committed an “OFFENSE” can be imprisoned in a detainment facility (FEMA Camp). Be advised “offenses” that warrant such imprisonment / detainment are NOT SPECIFIED. The manual states that if a commissioned military officer says so, that is all that is necessary.

Here is what the regulation says about that:

5-4. The internment of protected civilians is authorized and directed if the following requirements are met: 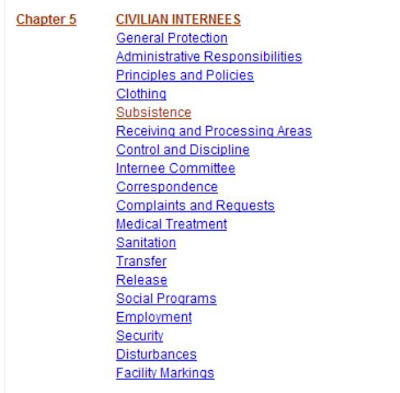 Take the time to carefully read this list of sections. This field manual has covered all the bases.

Let’s examine the PROCESSING of “CI’s” (that’s you and I) once they (we) arrive at the facility via FEMA TRAIN or other transport, shall we?

Here you see the FIRST ACTION and the described process. The first action is called: 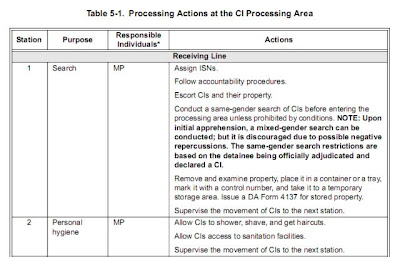 First they assign you a NUMBER. Next they perform a SEARCH (a same gender search is necessary as they will be doing a MILITARY STYLE search. They will leave nothing unchecked I can assure you of that.

Next they will have you REMOVE all your property. THIS MEANS CLOTHING. You will be standing there naked in a line with other naked CI’s while they look through your PERSONAL ITEMS and clothing.

Then they will fill out a FORM that lists your personal items and go to the NEXT TASK.

Next they will ALLOW you, to SHOWER, SHAVE AND GET A HAIRCUT

REMEMBER YOU ARE STILL NAKED

You have been stripped, searched, and marched naked into the group showers and sanitation facilities. YOU ARE BEING TIMED. They will be RUSHING YOU to hurry up and limit your showers to 1 MINUTE EACH. This is not a picnic folks you are being processed in a CONCENTRATION CAMP.

NAKED – you proceed to the NEXT STEP:

Note that you have been NAKED up to this point. You are issued Toilet Paper, Soap, a Toothbrush and Toothpaste. You get your OWN CLOTHES back but they now have the letters “CI” spray painted on them. You better make sure you go there in clothing other than your night gown or you are in DEEP CRAP. 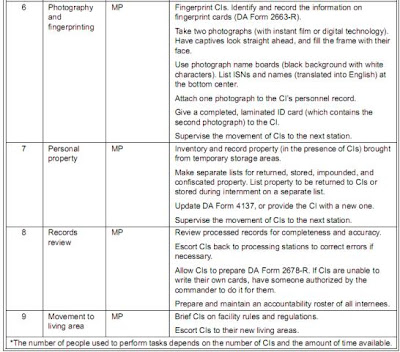 YOU GET THE PICTURE