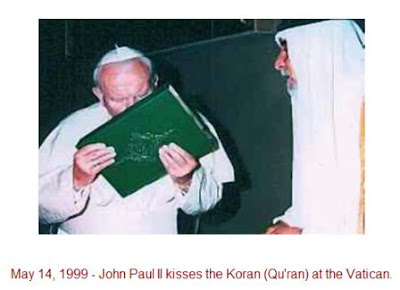 The “Islamic connection” is terribly misleading. I pray God Blesses those who “think” Islam has anything to do with anything but they are wrong. I have astonishing historical proof that it is ALL COMING FROM THE BRITISH DYNASTY (which is not “really” British by the way) – THE ANTICHRIST AND ALL OF IT is coming from THEM. I have even uncovered historical evidence that Mohammed and the writing of the Holy Quran was financed and sponsored by the Black Royalty in the 6th Century A.D. Imagine THAT! The Quran is a very RECENT BOOK. It is a forgery created by Lucifer’s army so the Christian’s could focus their misguided anger on someone other than the TRUE ENEMY.

Remember things are “never” how they appear on the surface. Lucifer hides his army behind other “patsies”. Islam is an EASY patsy.

Believe it or not, Obama is a descendent of the Royal Bloodlines. He is RELATED to George Bush and so is Dick Cheney (distantly). Obama’s mother is a cousin of Dick Cheney (born on a military base). That is why the LINK to the CIA which is run from the VATICAN. Also Hitler was related (via generations down through a woman and a different name) to Amschel Rothschild! Hitler was another PATSY.

All you have to do is trace the bloodlines from “SAXE-COBURG-GOTHA” (Gotha was where the term “Goth” or “Gothic” came from) and you will find the link to the BLACK VENECIANS (part of the House of Guelph) which are actually the PHEONECIANS, which are linked to the TRIBE OF DAN, and the TRIBE OF MANESSEH (to my surprise) via affiliations with the Canaanites and Edomites and Esau. I personally believe that the Antichrist will be a direct descendent of Esau through these bloodlines which explains God making such a prophetic STINK ABOUT HIS HATE FOR ESAU.

Just like Pastor Tim Cohen said in The Antichrist and a Cup of Tea – IT IS THE ROYALTY.

Remember this. When Jesus said THE RICH will most likely NOT make it into Heaven, the word RICH was subject to interpretation. He was referring to those SO WEALTHY they are connected to LUCIFER as they were promised wealth through their BLOOD OATH to him. There were Bloodline Royal Families established as early as Paul’s time (100 A.D.) that had stolen over a BILLION DOLLARS by then and were part of the Roman / Babylonian Luciferian REICH!! (Reich = Reign = Reign of Lucifer – this is so easy once you uncover it)

It’s all in the Symbols, Coat of Arms, and the “historical records of the deeds” of the Luciferian Bloodline Dynasties but we are too blind and busy to notice- just like they want us to be!

If David Ebaugh had analyzed the Coat of Arms of the House of Windsor and seen the artwork that perfectly matches REVELATION to a “T” he would have flipped out.

(Hint: There is much more here than you will ever find easily. Note the Human Eye on the Unicorn for starters – that EYE WAS RECENTLY CHANGED TO A HUMAN EYE) 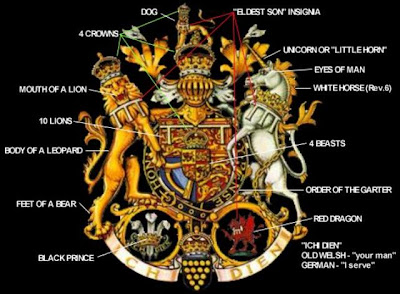 0 235
THE "FAMILY" (A new secret society posing as Christians)

1 thought on “The ISLAMIC Connection is a LIE –>RE: Prophetic shocker: Romans didn’t destroy Temple”