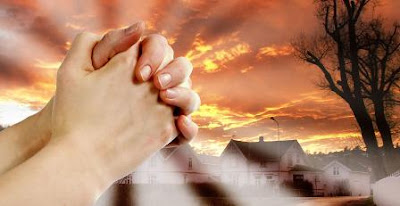 This article is directed at Holy Spirit filled, born-again, believers; and for even them these ideas may be difficult to grasp. But every time I am “led” to another Bible-based book, doors of understanding are opened, and I start to see new realities emerging in my understanding of things of this word and particularly of this “spirit world” we live in. These new discoveries explain much. Hopefully I will be able to communicate some of these insights to you in this article. But I must forewarn you these concepts are not widely embraced. My hope is to introduce you to some Bible truths that have been corrupted by the ideology of “man” influenced by the Enemy. These truths are so simple and apparent if you only shake lose the corruption and open your mind to what is obvious. You just need to “think about it”. It will all make sense.

Many Christians know the inconsistencies that permeate our beliefs today but few understand their origins. Theologians and Bible scholars have polluted the true meaning of Jesus’ (God’s) Word by over-thinking things and coming up with non-scriptural doctrines. This has not just happened to Christianity but indeed has happened to Judaism as well (through the over-thinking and Satanically influenced rabbinical doctrine of the Talmud). This confusion, simply put, is a result of Satanic warfare against the purity of God’s Word. And quite frankly it has been nothing short of remarkably successful.

Augustine (and his followers throughout history) wrestled with the challenge of understanding evil. How is it, that an all powerful, all loving God, could allow evil to happen in the world? He introduced to the Christian belief system that God controlled everything that happened. Thus he suggests that “all things work for the Glory of God” and God controls all things. But unfortunately that is a perversion of Romans 8:28 which instead says:

(Rom. 8:28) And we know that all things work together for good to them that love God, to them who are the called according to his purpose.

So are we to believe when a Nazi hideously tortured a little girl by by plucking her eyes from her head in front of her mother that this ultimately works for the Glory or the good of God’s will? I say to you NO. All things DO NOT work for the Glory of God! In fact all things of this Earth that are NOT of God are of Satan and caused by demons that we are to do battle with. That is indeed what the Bible tells us.

-See page 55 of a book from Reverend Gregory A. Boyd entitled “God at War” for more on this subject.

The Apostles of Christ were at war with Satan, devils and demons. They did “works” with “signs following”. These works were to preach Jesus’ Word, chase out demons, and rebuke demons of sickness and heal the sick. Everywhere they went they were persecuted. And with the exception of Judas who committed suicide, every one of them was likely martyred (killed, beheaded, or crucified).

According to traditions [Historical Writings] and the Bible, eight of the Apostles died as Martyrs. At least two of the Apostles, Peter and Andrew were crucified.

What is God’s Role in All This?

No where in the Bible does it even suggest that God is the author of evil. In fact it is clear that God looks to and fro across all the Earth to do good for those that love him.

(2 Chron 16:9) For the eyes of the Lord run to and fro throughout the whole earth, to shew himself strong in the behalf of them whose heart is perfect toward him.

However this does not at all imply that we are not under constant attack from the demonic powers of the earth because we are.

Here is how this all works:

We need to stop sitting back and just going to church thinking that God has everything in his hands because he DOES NOT. God requires you to get off your butt and take action. If you do not “pray always” and commune with the Lord, and put on his “whole armor” (Eph 6) then you get what you ask for and that is absolutely NOTHING from God and everything from the Devil.

While there are a few examples of God’s wrath in the Old Testament, most cases of “bad things” happening to the Jews were the result of their turning on God and God stepping out of the way and “letting” Satan have control. This is the whole purpose of the Book of Job. To explain to us that when God steps out of the way (“that which restrains is taken out of the way”), Satan gets full power to do what he will.

God provides protection to those who actively love and pursue him. But frankly the rest be damned by their own inaction. That’s how it works. There is nothing at all divine in nature about what is going on in the world. Sure God knows what is going to happen but until the very end he is letting the demons and principalities in the world “do what they will”. It is the absence of God that is evil.

Faith Without Works is DEAD

Jude 2:20 says: “Faith without works is dead”. So what exactly does this mean?

So what are works? Is going to Church and praying in tongues works? Well not really. The only time that tongues are works is when an unbeliever hears them and asks what they are. Then your tongues become a “sign” and become a work unto the Lord. Is reading God’s Word works? Nope not at all. Is going to church and edifying others works? NO. The ONLY time you are performing works is when you are performing “signs following”. You must ACT in faith, you must step out and lay hands on the sick and you MUST chase the demons of sickness out of their bodies. You must clothe the poor and help others that are unbelievers and draw them into the salvation. If you are not actively doing this then you are dead unto the works of the Lord. And guess what your reward is for that. Nothing. You are inviting the works of Satan into your life by not walking in faith, and doing the works of Jesus Christ.

The Christian church is killing the works of the Lord. Instead of teaching people in the body of Christ to go out and heal the sick by the laying on of hands, they instead show you that ONLY THE ELDERS are allowed to heal the sick. While I understand they do not want some Voodoo Princess to run to the altar and pray for the sick, they fail to teach the words of Christ when they do not actively drive the people in the church to get out there and perform the Works of Christ themselves. And this is not simply grabbing your buddies and dragging them into your church. It requires YOU to take action and pray for them yourself. YOU should be laying your hands on them and getting them baptised in the Holy Spirit not just hoping they will come into your church some day so you can get a “feather in your spiritual cap”. If we are not stepping out and performing the “works” of Jesus and the apostles we are not doing our jobs. This is WAR.

Summary and Closing of Thoughts

To summarize this, since we are all the “sons of God” through Christ’s atonement and giving of his Holy Spirit to us and in us, then we are expected to be an army of Christs. This army is supposed to be active. Any church that is not teaching and showing its congregation that they must get out in the war zone and drive out the powers of evil and heal the sick is failing to do it’s job! Any church that does not have “signs following”, speaking in tongues, healing of the sick, and the driving out of devils is DEAD. DEAD. DEAD. The vast majority of evangelical churches are DEAD. They are homogenized with ingredients of selfish ambivalence and the works of self preservation, worldly prosperity, and Satan.

Did it ever occur to you that the only reason God wins the battle in the Book of Revelation is because he simply says ENOUGH and sends in his own Angels and his own wrath to wipe out the whole of Satan’s army?

Did it ever occur to you that it is NOT the body of Christ or Christ’s bride that wins the war with Satan at all? No indeed. We win NOTHING for God. God takes matters into his own hands and saves us. In fact he actually has to “call us up” out of the way at the very end because otherwise he would have to destroy his own bride when he wipes out the Earth in the end.

We are going through the Tribulation and we are going to go through some really hard times. We are NOT going to be taken out of the way of persecution and many of us will be killed. We have to stand strong in our faith and we need to exercise our power. If you do not exercise your power and build your faith through your “works” you will be a sitting duck and get smashed by Satan’s army coming at you in full force.

0 785
A Little Church on Wednesday Night