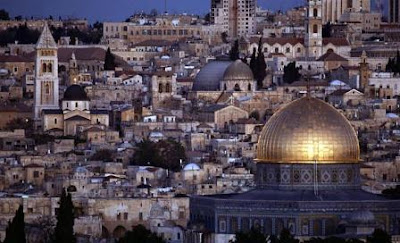 UPDATE TO THE ARTICLE BELOW
I believe I have figured it out.

BUT HERE IS THAT CATCH.

Yes we do PRAY FOR ISRAEL

The Key is THIS

Part of the deceit and lies throughout history and the twisting of God’s Word is to “trick” the church into believing that “Israel” is NO LONGER PART OF GOD’S PLAN.

After this study (its very complex) I will attempt to simplify the findings and write another article.

BE BLESSED!
MORE TO COME!

Questions about Our Allegiance to the “State” of Israel

While there is no question that “Israeology” is missing from traditional thinking and theological teaching, when one studies the origins of the establishment of the “state” of Israel, he learns that the country of Israel was planned by Satan’s army (e.g. the Rothschilds, et. al.). Further study indicates the Star of David is yet another misleading symbol that tracks back to the star of Baal (see “The Six Pointed Star” by Graham). Moreover study of the Masonic Order (of Lucifer) demonstrates a significant preoccupation with the success of Israel as a nation for the promotion of their “god” (in “god” we trust).

Is it possible our infatuation with the “State” of Israel is yet another diversion? (diversion of appropriate prayer?) While I really don’t think that watching Israel is misguided, this is a point worth considering. I submit it is possible, if not highly likely, that while Israel are “God’s chosen people”, the establishment itself is likely corrupt (still having the “Iron Yoke” of Babylon). No doubt an important point for the Issachar watchman to consider. But this questions our (born again believer’s) necessary allegiance to this establishment during these troubling times.

0 218
Inheritance in Thy Kingdom which Comes

5 thoughts on “Is Allegiance to the State of Israel Misplaced?”