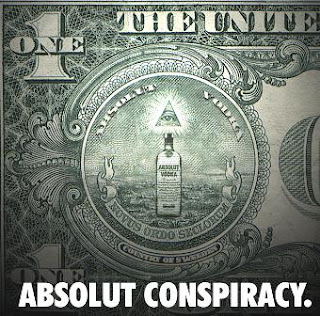 Below is reprinted an excellent (albeit misled) article from “The Living Church of God”.  This is an article definitely worth reading because it is a great primer on the historical roots of Satan’s “Total Onslaught” of Christianity.

In essence the article attempts to point out that we should not focus too much attention on today’s conspiracies even quoting scripture to back the claim.  The article calls out movies such as “Angels and Demons”, and even calls attention (GASP) to Alex Jones – who is one of THE MOST well informed Christians alive today (in regard to current events).  In fact it “clumps together” all current day conspiracies and even includes the Bilderbergers, Trilateral Commission and the Illuminati into this group of modern-day conspiracies we should not focus too much attention upon.

TO THIS NOTION IS SAY “BALDERDASH!!!!”

It is this claim of the article below, (that all modern-day conspiracies are clumped together and unworthy of vigilance), that makes the article itself a part of Satan’s deception.  Again, while the article is a good primer, it completely misses the point.  The point it misses, is that the modern-day “conspiracies” are IN FACT directly linked to and actually a PART OF the original attack against YHWH God beginning in the Garden of Eden, peaking at Genesis 6 with the Nephilim and Noah’s flood, and continuing throughout the entire Bible into Revelation.  This war of God vs. the Devil has been in full flight all throughout ancient civilization and continues in full force today (see the book “God at War” by Gregory A. Boyd).

I guess it is no surprise the “Living Church of God” disconnects the supernatural of Ancient Egypt from today’s happenings as they are one of the church factions that believes “Pentecost” ended shortly after the original apostle’s walk on Earth.  To the best of my knowledge they sadly do not believe in “divine healing”, and the power of Jesus’ “signs and wonders” happening today.  For those of us who know beyond a shadow of a doubt they DO happen today, it is most unfortunate.  We should continue to lift them up in prayer that they might see the Lord’s work as it manifests most miraculously in these “end times” and be lifted up by it’s awesome GLORY.

Sadly it is America’s educational system and the outlawing of the Christian morals and teachings in our schools, that has led to the “sin of unbelief” in our culture and robs many of us of his supernatural power here in this country.  That is why so many missions (and missionaries) continue to report unbelievable and miraculous “signs and wonders” in 3rd-world countries.  It is because they, unlike us, still have “belief” and the “minds of children” which unleashes Christ’s power, through FAITH, like never before.

So be advised prior to reading this article that Satan’s attack upon the seed of Abraham is more real today than ever before in all of history.  Be advise that while this historical account is accurate we must be painfully aware what is happening today through the Bilderbergers and the Illuminati is not some Hollywood movie, but indeed part of the Total Onslaught since Nimrod’s time on Earth.  The attack did not end – in fact – it has ESCALATED just as the scripture said it would.  Yes there is much deception out there (e.g. Dan Brown books et. al) and yes we should focus our hearts and minds on Christ Jesus, but do not be deceived – the time is NOW.

In that regard, we all are “singing the same song” and in that I rejoice.  For our Lord returns very soon.  Indeed, he returns IN THIS GENERATION.  Be wise as serpents and gentle as doves and forever prepared, born again, and ready for Christ’s return.  For these are not “conspiracy theories” but instead conspiracy FACTS.

Be informed, Be Blessed, and Most of All – Be “Sons of Issachar” and “Watchmen on the Wall”!

Secret societies such as the Trilateral Commission, the Bilderbergers, the Illuminati, the Burschenschaft, and Opus Dei, are favorite topics of talk radio, Internet sites, books and movies. From blockbuster movies such as “Enemy of the State” and “Angels and Demons” to “Doomsday 2012: End of Days,” from talk radio hosts such as Michael Savage and Glenn Beck to Alex Jones, society is fascinated by conspiracy theories and the clandestine organizations supposedly manipulating the masses.

Is one-world government coming? Are governments and pharmaceuticals spreading autism, AIDS and other diseases to make profits now and create a weakened and subservient population later? Was the economic crisis engineered? Are secret societies and conspiracy theories real?
Conspiracy theories and secret societies are nothing new. Freemasons can be traced back to the early 1700s in England. The Knights Templar precedes the Freemasons and has existed since the Crusades, around 1118-1129.

But thousands of years ago, around 2200 B.C. the mother of all secret societies took root. This is the “conspiracy theory” that really matters, because this is a secret society controlled by none other than Satan, and this is the most powerful secret society on the planet!

While conspiracy theories make for interesting talk radio and sell books and movies, let us remember that the ultimate enemy is Satan the Devil! And while many people debate “clandestine organizations,” the biggest clandestine organization continues to thrive in plain sight with billions of unwitting accomplices! It is the secret society of false religion with roots that go back more than 4000 years, and its real leader is the Devil.

Satan’s secret society precedes Nimrod, but with Nimrod his system began to take the human shape that has persisted to this day. Vestiges of this false religious system have spread to every continent and have influenced every culture.

Babylonian king Nimrod was a powerful leader. But, he was opposed to God. The name Nimrod comes from marad meaning “he who rebelled.” Upon Nimrod’s death, he was deified by his widow, Semiramis, who claimed that Nimrod was reborn as her son Tammuz. Semiramis and her priests then invented many rituals to worship her as the “mother of god,” and her son as a god. Rituals ranging from mother-of-god worship, to sunrise services, to the winter solstice festival can be traced back to pre-Christian times and ultimately to ancient Babylon. Even the ancient Israelites adopted some of these pagan customs. Ezekiel 8:16 shows ancient Israel worshiping the sun in the east, and God calls this precursor to our modern “sunrise services” an abomination (v. 17).

This Babylonish system is the ultimate secret society of which Satan is the head. It is the “mother of harlots” that has influenced all nations and all world religion (Revelation 17:5), which we are warned to “come out of” (Revelation 18:4).

A true Christian should keep conspiracy theories in their proper context. Speaking of ancient Israel’s Assyrian captivity, but also prophesying of God removing His protection from modern Jacob and our coming national affliction, Isaiah 8:6-14 warns that people will “Take counsel together, but it will come to nothing” (v. 10), and that the people should not say “a conspiracy” is overtaking them. Instead, God Himself will become “a stone of stumbling and a rock of offense to both the houses of Israel” (v. 14).

Not all conspiracies are real. But Satan is real. He continues to use human instruments and organizations, including false religion, to mislead the nations, to cause confusion and suffering, and to bring the world closer to confrontation with the returning King of kings (Revelation 19:19). Instead of focusing on conspiracy theories, we need to turn to true, original Christianity!

Please read Satan’s Counterfeit Christianity and watch our recent telecast, Overcoming Satan, to learn more about Satan’s false religious system and how you can fully come out of that “secret society.” 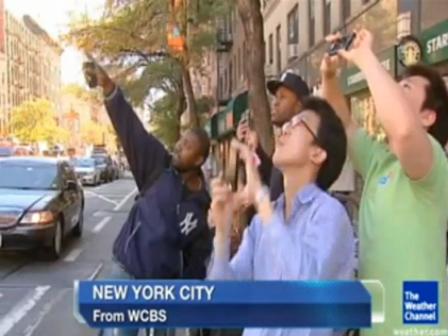