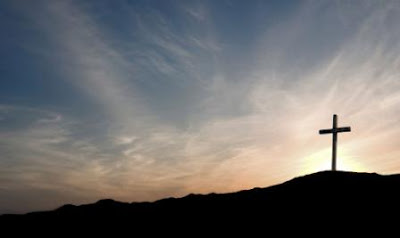 The troubling question that haunts many Christian “believers” (quotes added for emphasis) is this:

“Is a person Saved, simply because they believe that Jesus existed or exists?”

I have studied hundreds of hours of teachings on many subjects by many theologians and Biblical scholars and there is some disagreement on this subject. A friend of mine recently went to the altar of my church to become “saved”. But I wondered to myself if this act alone was enough to guarantee him “everlasting life” in heaven. Is a person “saved” just because on one particular day during an altar call, they felt compelled to walk forward and repeat a few words someone recited to them? Have you ever considered the “altar call” itself is not scriptural? Did Jesus or any of the apostles ever speak of calling people forward to accept “salvation” or was there more to it than this?

As I searched my heart for many days on this topic, I started to run various scenarios through my head. I remembered the oft quoted John 3:16 “… for whosoever believeth in him should not perish but have everlasting life”. But the more I thought about it the more I realized that simply was not enough. It was just too simple. If it were that simple, then why does the New Testament text say:

Not every one that saith unto me, Lord, Lord, shall enter into the kingdom of heaven; but [except for] he that doeth the will of my Father which is in heaven. Many will say to me in that day, Lord, Lord, have we not prophesied in thy name? and in thy name have cast out devils? and in thy name done many wonderful works? And then will I profess unto them, I never knew you: depart from me, ye that work iniquity.

Now think about this text for just a minute. Doesn’t it say that believing is NOT enough to make it into heaven? Surely in this example those who “cast out devils in Jesus name” believe in Jesus … right? Does it not say clearly that ONLY those who do the WILL of the “Father” which is in heaven shall be saved?

But quite frankly these “stipulations” do not stop in Matthew. They continue all throughout the New Testament. Consider Galatians 5.

Galatians is one of the four letters of Paul known as the Hauptbriefe, which are universally accepted as authentic. It is typically dated c. 54 CE. Basically Paul is writing to the Galatians in this letter because, even though they are converted believers in Jesus, there was some non-sense going on in their groups. People were mixing into their congregations and polluting their understanding of what it meant to be a follower of Jesus Christ. Remember these people, by the definition of John 3:16, are saved. But I strongly suggest you look closely at what Paul tells them even though they are supposedly believers in Christ.

Now the works of the flesh are manifest, which are these; Adultery, fornication, uncleanness, lasciviousness, Idolatry, witchcraft, hatred, variance, emulations, wrath, strife, seditions, heresies, Envyings, murders, drunkenness, revellings, and such like: of the which I tell you before, as I have also told you in time past, that they which do such things shall NOT inherit the kingdom of God. [emphasis added]

I tell you THIS is proof positive that you are not “saved” and going to heaven because you simply believe in Jesus Christ. It is NOT that simple!!

Is this shocking to you? It better be! I’ve been “born again” (baptised in the Holy Spirit and given the gift of tongues) since the age of 9 and have NOT led the perfect Christian life by any means. I have struggled with this concept of simply acknowledging a belief in Jesus guaranteeing entry into heaven – all my life. It was not until just these last couple weeks this all HIT ME. It is not that simple. There are expectations that go far beyond just “belief”. And many of us who think we have a “hall pass” are going to be in for a horrifying surprise. And I tell you that surprise is coming for many, very soon. I pray the LORD have mercy on even my soul. If I am correct on some of my research, we will be finding out our individual fates in less than 10 years from now. We do not have much time left to get our collective acts together.

If every person that simply “believes” in Jesus Christ was “saved” then even the Satanists are going to heaven. Because I tell you this, the Satanists believe more strongly in Jesus Christ than most “Christians” do! They hate him more than anything. You cannot hate something you do not believe in, now can you?

So What Must You Do?

I could expound on this topic for pages but it would dilute the intention of this article. It really is just THIS SIMPLE.

If you want Jesus to “know you” when the time comes, you better try to “know him” right now. And to “know him” is to love him. He doesn’t expect you to be perfect, and he warns you that you better ask forgiveness regularly for your sins. But if you do not develop a prayerful relationship with your Lord Jesus Christ, then HE will not “know who you are” when you come knocking. Don’t you see?

Believing means you understand his sacrifice. Believing in him means you desire a relationship with him. If you have such a relationship this means that you “talk to him” every day. If you talk to him and pray every day then you develop that relationship and little by little your daily behavior will get better and better.