Demonically Orchestrated Prophecy
Is it Real?

By now the regular readers of Tribulation-Now have figured out that nothing is “simple”.  We have all sorts of unbelievable complexities to deal with.  We have everything from controversy over scripture meaning, fallen angels (demons), other “christian-like religions” (that need our insight to save them from deception), and God help us all … we have a forthcoming “delusion” of which we must brace ourselves against.  When you study all sources of information and become a true “Berean” you quickly see we are in for some serious crap.

I wonder sometimes why the Lord “woke me up” when he did.  Why, in the midst of intense praise, did I suddenly feel “obsessed” with knowing what the “enemy” was up too?  Now it is all coming together for me.  If I had not invested the money I did into this extremely troubling information and studied it so thoroughly, I would have been utterly unprepared for what is coming.  I pray, you too, are blessed by this knowledge because without understanding it, you will NOT be prepared to help others when things get really STRANGE.  And I am convinced they will.

There is no question embracing this controversial material is not the easy way to salvation.  It comes with a burden of knowledge that sometimes makes sleeping a challenge.  The Lord hasn’t let me sleep past 3:30 AM for the last several weeks (or maybe its just my brain … who knows for sure).  I do know that by about 2 PM every day I start getting tired and hammered with thoughts of dumping Tribulation-Now and becoming like some of the other born-again Christians, immersing myself in a true Christian walk (true I say), and just waiting and watching in the eves.

But without trials and troubles you have no real “Glory”.  Its through all of your emails that my spiritual and “son of man” side survives this challenge.  Without your encouragement I would have fallen silent a long time ago.  This PROVES that the Bible’s insistence we “encourage one another” is truly from our Loving Father.  Without that encouragement … where would all of us be when these “things” start to unfold?

We must try as hard as we can to “open our minds” to controversial information while remaining fully anchored in our RELATIONSHIP with Jesus.  I tell you now, RELATIONSHIP IS EVERYTHING.  Asking forgiveness of your sins from our Heavenly Father in Jesus Name is EVERYTHING.  How you deal with your walk and get your “inheritance” after you are a “friend of Jesus” is up to you.  I recommend you take nothing for granted and “GO FOR BROKE”.  I recommend you do everything you can to ensure your “inheritance” is bountiful and you “make it” to the Marriage Supper of our Lord.

Demonic Scripted Events, Are they Biblical?

Ask yourself seriously this question.  Can “demonically scripted” events be Biblical?  What I mean by “demonically scripted” are things like this gulf oil catastrophe.  We all know darn well that Satan’s army orchestrated this event on purpose, but does that somehow “disqualify it” as being the “Second Trumpet” perhaps?  After all, God does make it clear that HE orchestrates the trumpets and the bowls in Revelation .. right?

But then, consider this!

I form the light, and create darkness: I make peace, and create evil: I the LORD do all these things.

This quandary over “who is doing what” and “what qualifies as Bible prophecy” is going to ‘trip up’ many people.  NOT ME!  I assume NOTHING.  I am utterly humbled by God’s magnificence and it’s all I can do to hold on to the promise of his Love and Grace to keep my act together.  JESUS IS KING and I am going to make darn sure he “knows who I am” when I come knocking.  I might not get a “front row seat”, but I am sure going to give it my best shot.

A Riddle for Thought!

If a person does not observe the Sabbath, and they live most of their life in sin, BUT they MARTYR themselves for Jesus by refusing to take the Mark of the Beast … are they called “Last in Heaven?”

Read Revelation again and think a little harder about the trials we all face.

An Article on the Psyops Scripted Prophecy Problem

I present to you an excellent article that visits this challenge.  What I find absolutely amazing about this article is that this author even mentions Credo Mutwa the Zulu Shaman who reveres and fears the Annunaki.  Now if that doesn’t deserve a “Holy Cow!” then nothing does. 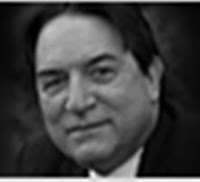 This article is part of a continuing Examiner.com series on the BP false flag ‘disaster capitalism’ environmental war attack on the Gulf of Mexico, and its consequent ecological, economic, social, and exopolitical consequences.

Examiner.com has reported that the spreading BP oil disaster in the Gulf of Mexico is in fact an intentional ‘disaster capitalism’ false flag operation for insider profit in the genre of environmental war, and a component of an elite plan to depopulate human society and stop disclosure.

Evidence that the BP Gulf oil catastrophe is a false flag operation includes: (1) “foreshadowing drills” by the U.S. agencies prior to the April 20, 2010 disaster; (2) insider trading of 44% of its BP stock by Goldman Sachs and a related insider corporate takeover of the world’s largest oil spill by Halliburton three weeks prior to the oil spill; (3) BP CEO Tony Hayward dumping approximately one-third of his BP stocks one month prior to the Gulf of Mexico oil disaster.

The 2010 BP Gulf of Mexico false flag environmental catastrophe did not occur out of an environmental war policy vacuum. The intentional wrecking of the environment as a deliberate policy to engage humanity in perpetual “war” has been in development for over 50 years in environmental weapons think tanks and laboratories, starting in the late 1950s, with JASON scientists such as Gordon MacDonald and his work on “Wrecking the Environment” as a geopolitical strategy.

Under this geopolitical doctrine of “wrecking the environment”, the ecology and environment and biosphere are intentionally covertly wrecked using advanced, exotic environmental weapons and false flag methodologies. The natural environment becomes the next “enemy” in the permanent war economy. That portion of humanity that is not destroyed by the disturbed ecology must now struggle just to survive in what was before the wrecking a supportive environment and ecology. One purported 1967 environmental war policy report stated, “But from present indications, it will be a generation to a generation and a half before environmental pollution…will be sufficiently menacing on a global scale to offer…a solution.” With intentional, covert environmental wrecking techniques, Gaia – the ecology and the environment – becomes the new mortal “enemy” in the dialectic of permanent war around which a elite can continue to enslave humanity.

Some apocalyptic and religious commentary on the 2010 BP Gulf of Mexico false flag oil catastrophe frames catastrophic projections of BP oil spill as a precursor or fulfillment ‘end of the world’ Earth Changes prophetic scenarios as set out in various sacred prophecy texts such as the Book of Revelation and the Hopi Prophecy’s Seventh Sign, as well as the visions and prophecies of 20th and 21st century psychics, extraterrestrial contactees, and shamans such as psychic Edgar Cayce (1877-1945), Argentina’s ET contactee Benjamin Solari Parravicini (1898-1974) and Zulu shaman Credo Mutwa (1921 – present).

Use of prophetic, psychic, and shamanistic texts as scripts for designing and rolling out catastrophic environmental warfare is explored extensively in a book written in 1999 by reporter Alfred Lambremont Webre, entitled Earth Changes: A Spiritual Approach (2000).

AND MOST IMPORTANTLY OF ALL
BE BLESSED IN JESUS NAME

0 491
Worthy to Escape these Things