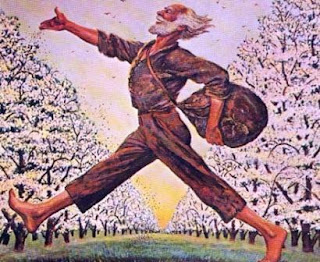 So Many Souls to Save
What do We Do?

Ya know?  Has it ever occurred to you that the people, particularly in the United States, have heard it all?  Sometimes I wonder how many people are left that haven’t heard the word of Jesus.  And look at the damage the Christian community has done to itself.  We are not especially popular in the ranks of the average common man.  And no wonder.  We’ve come across as “Holier than Thou” to the point of repulsing most everyone out there.  It’s really rather sad.

It makes you really wonder how Jesus might have been acting when he was sitting with the “tax collectors” and enjoying some wine.
(ooohhhh he didn’t say that DID HE?) …

Maybe Jesus was a really cool guy.  Maybe he was a “super-intellectual”.  Maybe he knew stuff that “wowed them”.

When Gandhi was asked what the number one reason was that Christianity wasn’t successful in India, his answer was simply “Christians”.  That’s a sobering thought isn’t it?

But We Haven’t Preached the Gospel to Everyone Yet

Not too long ago I tried to “reach out” to a church pastor with some of this information.  He was / is an incredibly friendly sort of guy.  The “best of the best” as far a pastors go.  A very “reachable guy”.  So I figured I’d take my best shot and printed out one of my bullet point articles on the things that indicate “we are super close”, and I didn’t get any feedback at all.

IN FACT, He actually wove into his sermon the following Sunday that we could not possibly be close because we did NOT reach all the people in the world yet.  He made it clear that even with “televangelism” we have pockets of natives, in South America, etc., that he knew for SURE had not heard the gospel.

How do we know that, over hundreds, even thousands of years of time, some adventure seeking group didn’t meet them and talk about Jesus?  And what about their babies?  Let’s say that 100% of the “natives” in that tribe heard what these “adventurers” had to say.

Then HALF the tribe splits up.  50% teaches their babies about Jesus and the other 50% branches off and practices tribal “whatever-ism”.  You reach this point of mathematical impossibility from a standpoint of technically “believing” you have reached everyone.  What do we expect?  Are we waiting until every pygmy in the world is carrying a Bible?  Think about it.

What Do We Have Left?

Well all things considered, you have to wonder who is left to save.  When you consider “predestination” and other factors, it may be likely the vast majority of those the Lord intends to “call” are probably of either one of these three versions.

Then what in the world do we do to  …

Johnny Appleseed All Over the Place

We better “buck up” and get really happy and start planting seeds of “intellect” and “wisdom” really fast.  If the final frontier of salvation in the USofA (and other “developed countries”) it is the “intellectual” we probably have left to save.  If this is true, then we better get smarter than THEM about the origins of the earth REALLY QUICK.  And we better learn how to “make our point” fast before they get distracted by their I-PHONE!

Those who are email “list” members of Tribulation-Now know I have a “tag line” on my jbaptist777@gmail.com emails that reads …

We are fishers of men.
Fishermen don’t bang gongs and scream to catch fish.
They “wisely” bait their hooks and capture the
Imagination of the fish.

We have probably ONLY three opportunities in the developed countries.

Imagine if I just “might” be right and the backslidden ones are in serious danger.  And what if we still have a “shot” at converting the super-intelligent ones by getting smarter than them about the origins of the Universe and “Pre-Adamic” fallen angel civilizations?  That is a super powerful combination of POWER IN JESUS NAME.

Think of how popular we will be when the space “alien-demons” land!

So some of the things you can do to start “bearing fruit”, given these “parameters”, include:

Get cheap business cards and point them to your favorite Christian web site!

Point them to Tribulation-Now if you want.

0 340
Before the Leaves have Fully Budded